Types of waterproof drones: from underwater to fishing and sports quadcopters If you’re interested in a waterproof drone either to fly in rain or even submerge and fish with it, this article will clear some light on the topic and help you find out what you need to know and what you should look for.

The difference between waterproof and splash proof

Companies might label a drone to be waterproof when in fact it might actually not be. If you’re looking for an actual solid waterproofed quadcopter that you can take for fishing or even land on the water, make sure that the manufacturer makes it clear that the entire drone can be submerged.

Certain quadcopters can actually only have a splash proof rating and that means they were built for light shower rains and relative safety in those circumstances, in no way made to land or take off from water bodies. 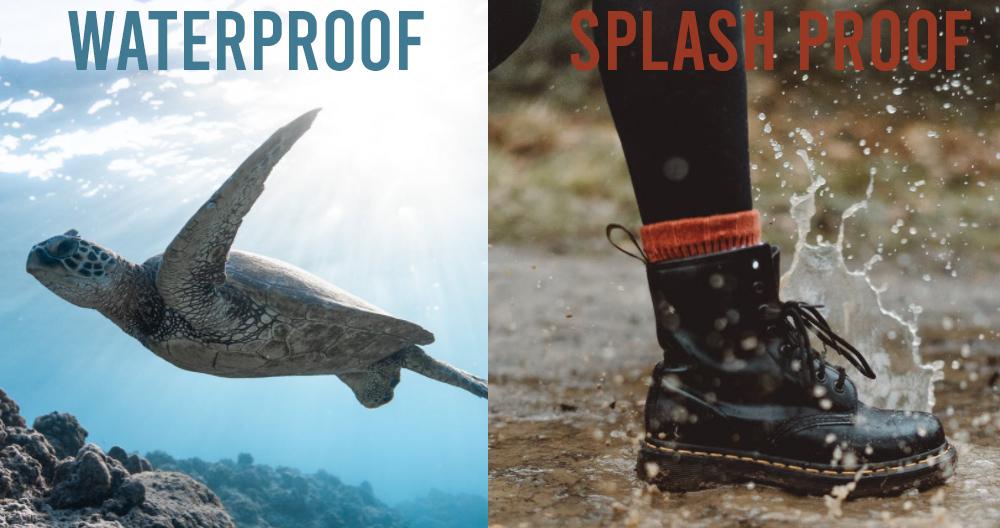 Why buy a waterproof drone in the first place? I get you have a use in mind already, but there might be more to it than you might think.

In this section we’re taking a look at the potential uses of such drones and how they can differ a lot between each other.

I wanted to start with a category that’s more elusive to the public and which always surprises with how awesome it can be.

Underwater drones are basically UAS (unmanned aquatic systems) that function as tiny submarines powered by batteries which are controlled from afar by someone like you and me.

What are the purposes of using an underwater drone?

First of all, exploration is one of the main reasons people buy such drones, since most of them come with cameras and powerful lights suited for dark underwater environments.

They can be used as hobby exploration by people like you and me as well as scientific exploration where scientists might have a look at ocean flora and fauna. 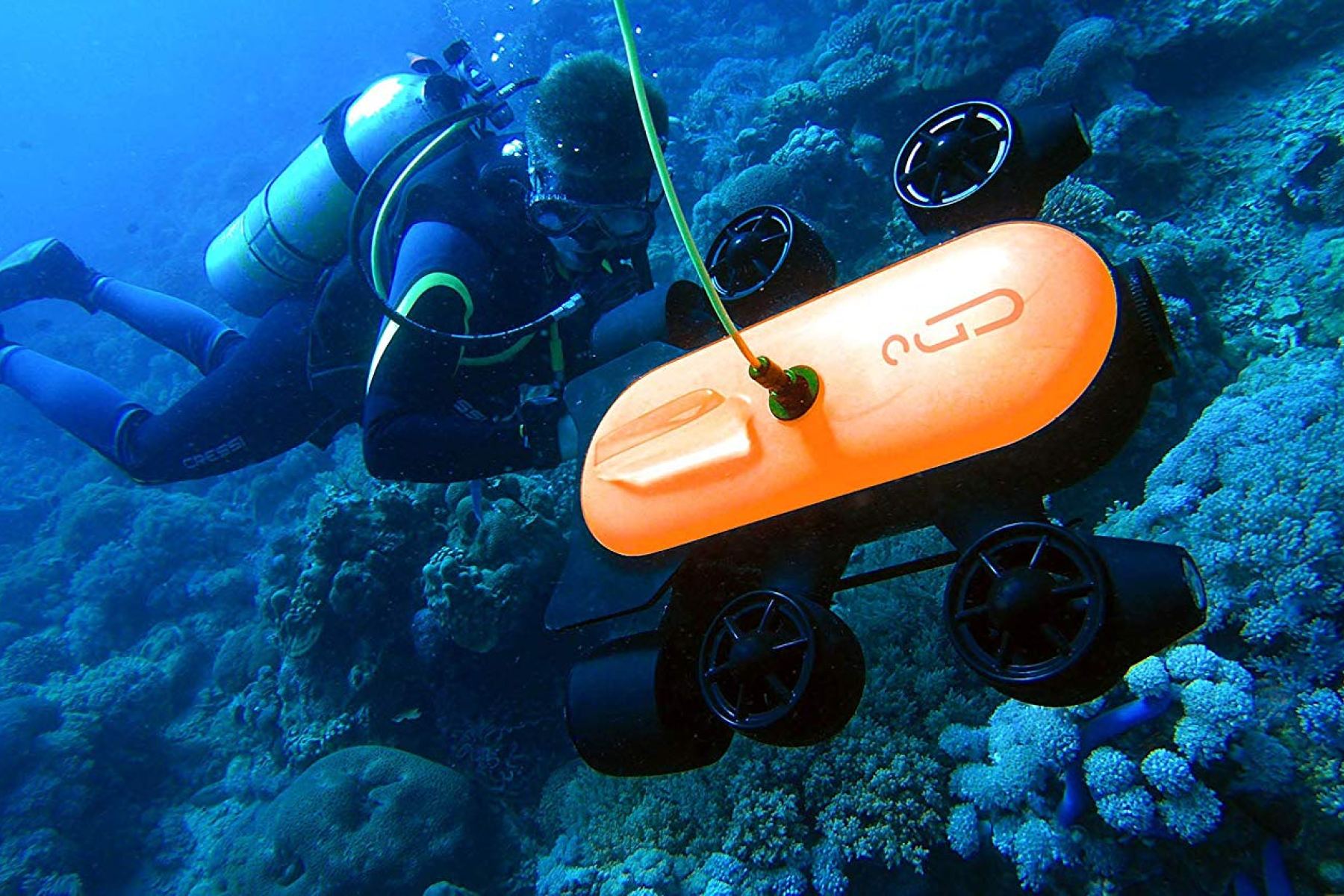 Underwater drones can also be used for cleaning boats believe it or not, as this video shows an incredible model of drone that suctions to the curved bottom of any boat and clears it with rotating brushes… and water, since there’s plenty of that around.

Underwater drones can also be used for fishing, as well if you believe it or not. And they have 2 main functions:

One specific drone comes to mind and it’s called the Powerdolphin, it is more of a boat than a submarine, since it floats on top of the water, but the camera can rotate underwater to see what’s below, as well as scan the surrounding fish using sonar and drop the bait at the right moment.

What to look for in an underwater drone?

I have made an entire list with my favorite underwater drones that are actually pretty affordable where I also covered the main points you should look for when buying one.

But let’s go again through each of them, because I find these pretty interesting and not obvious at first glance.

First of all there is a tether for most underwater drones, basically a cable that can range between 5m and 150m usually and that’s used to transmit the sygnal from the camera to the remote or phone, since wifi signal can’t pass through water that easily.

It also functions as a way to get the submarine back by dragging it from the water in an emergency.

I would say get one that has 100m or more, if you’re looking to explore plenty.

Another thing is the camera quality, which is obviously important if you want to record nice video, as well as the actual livestream resolution on your phone. I would prefer having a 1080p livestream on the phone as that is going to give much better live images than standard 720p.

Lights are also very important in terms of brightness, depending on how murky or deep the water is. The number of thrusters (with motors) is also essential for a better ability to move in space gracefully.

We already talked a bit about fishing underwater drones and got the main gist of it, but let’s look at the other type you might be interested in.

Aerial fishing drones are basically any normal flying UAV that can grab your fishing line with the bait and move it to a certain spot and then drop it.

It doesn’t have to be waterproof, but there’s certainly some piece of mind if it is. 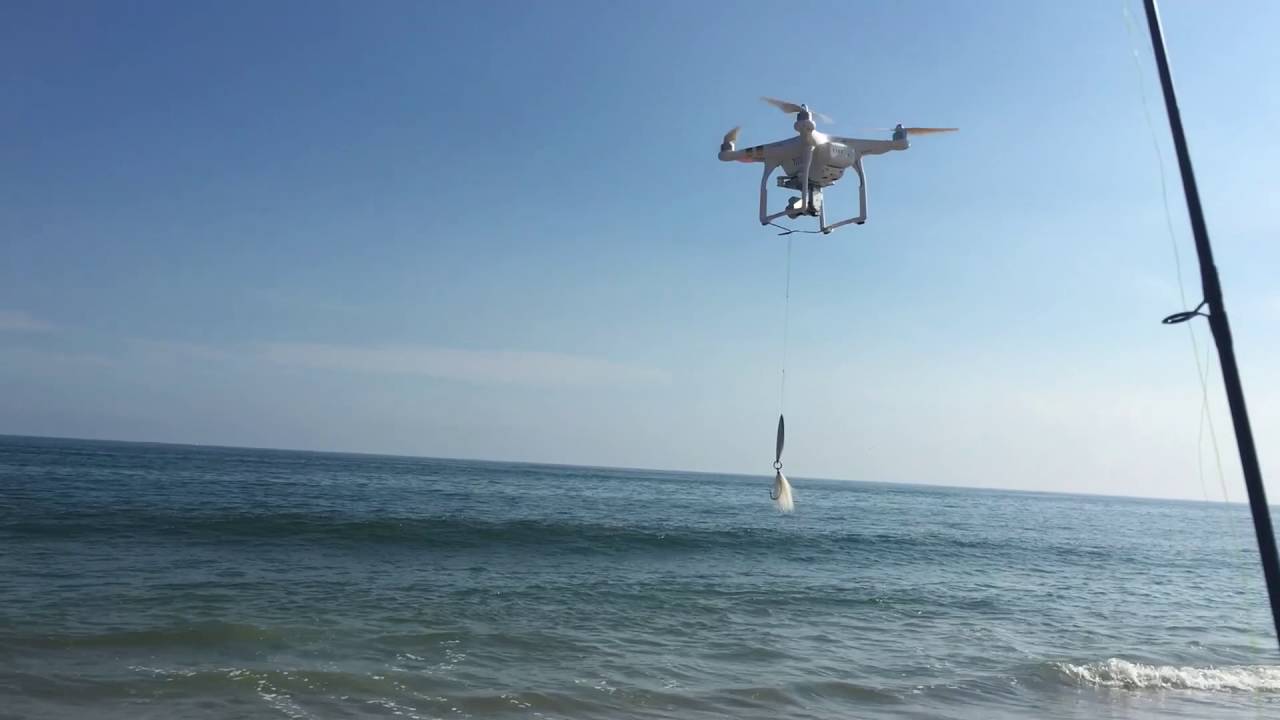 Drones like the Mavic Lineup from DJI can easily do this function by attaching a fishing accessory that you can find on amazon to a regular drone.

They can work simply by tension, or through a more complex release mechanism.

The main purpose of such a drone is grabbing the bait and moving it farther away where there’s a higher chance of finding fish and then returning it back.

Such a drone is a bit harder to land on a boat for example, but they’re great for offshore fishing.

A great thing about these is that you can use them for everything else a drone can be used like cinematography or taking photos.

One very specific use for drones is in watersports, used for following people while kayaking or kitesurfing or simply boating around in a cheap boat or an entire yacht. 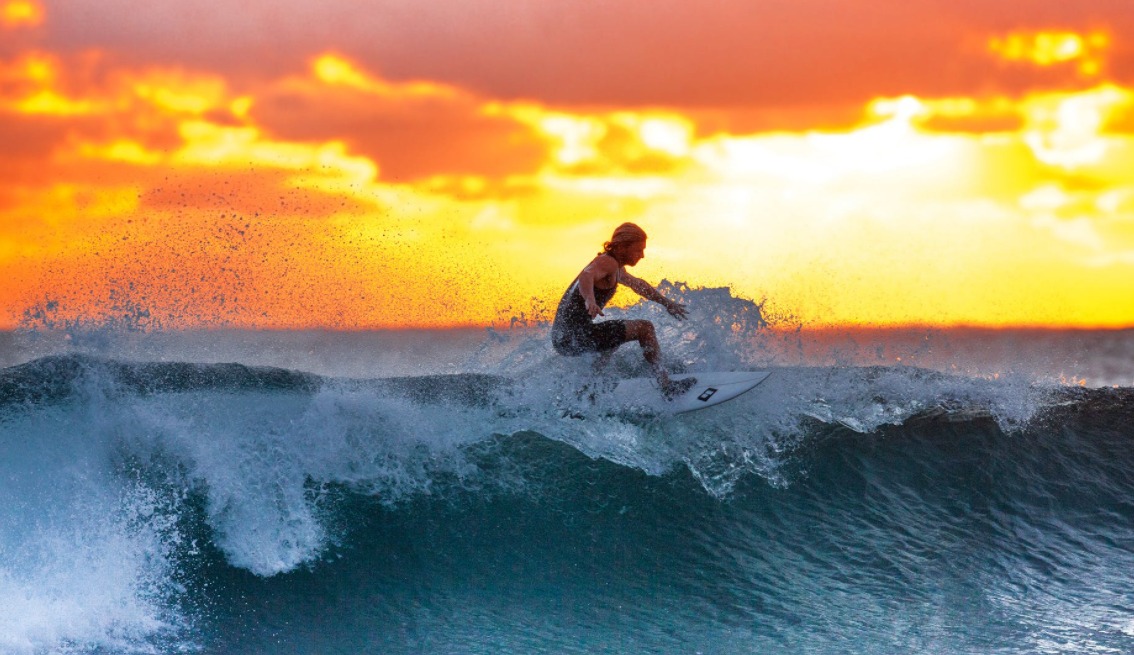 Just like with normal fishing drones, these don’t have to be necessarily waterproofed, however It might be recommended as there’s a high chance of them getting in the water since the sporting domain can be fast and dangerous.

One main thing you should be looking for in such drones, besides image stabilization and camera quality is the ability to follow you around.

Without having GPS and a good Follow me system like DJI drones have, you would not be able to properly follow your fast moving subject and it would make things way too complicated.

There’s no better way to have piece of mind when flying over water than having a waterproof drone with return to home, however, keep in mind that you can use a normal GPS quadcopter for more than just taking photos of your dogs or the park, and actually include it in some of you hobbies like fishing or surfing.